Yuri’s Night at The Museum of Flight 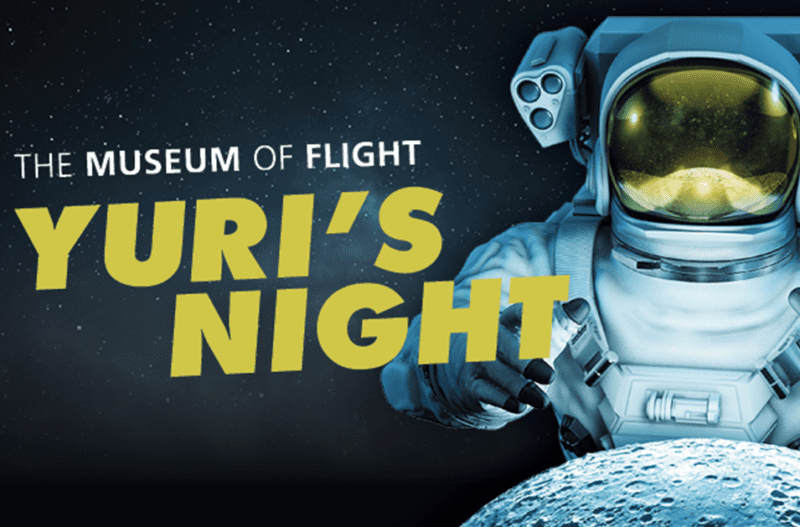 The annual Yuri’s Night at The Museum of Flight is back on April 9!

Don’t miss this 21+ space-themed spectacle that joins art, dance, music and technology in tribute to Yuri Gagarin, who became the first person to orbit the Earth on April 12, 1961. Dance in the towering Museum Gallery, transformed into an intergalactic nightclub with some of the best electronic music DJs from Seattle and beyond, including Moon Boots, Jordan Goff, and Samaha.

Space-themed costumes are of course encouraged.

Those who want to keep the party going after Yuri’s Night concludes can join the official afterparty with Noise complaint @ Kremwerk! Three rooms of music going late into the night with a whole other set of headlining DJs.